What’s even better than a fun, exciting new lesson? Getting to eat it afterwards! That’s exactly what LBA’s Torrance kindergarteners did today during their math lesson. Ms. Liliana used colorful (and edible!) goldfish to teach her students a lesson on bar graphs. 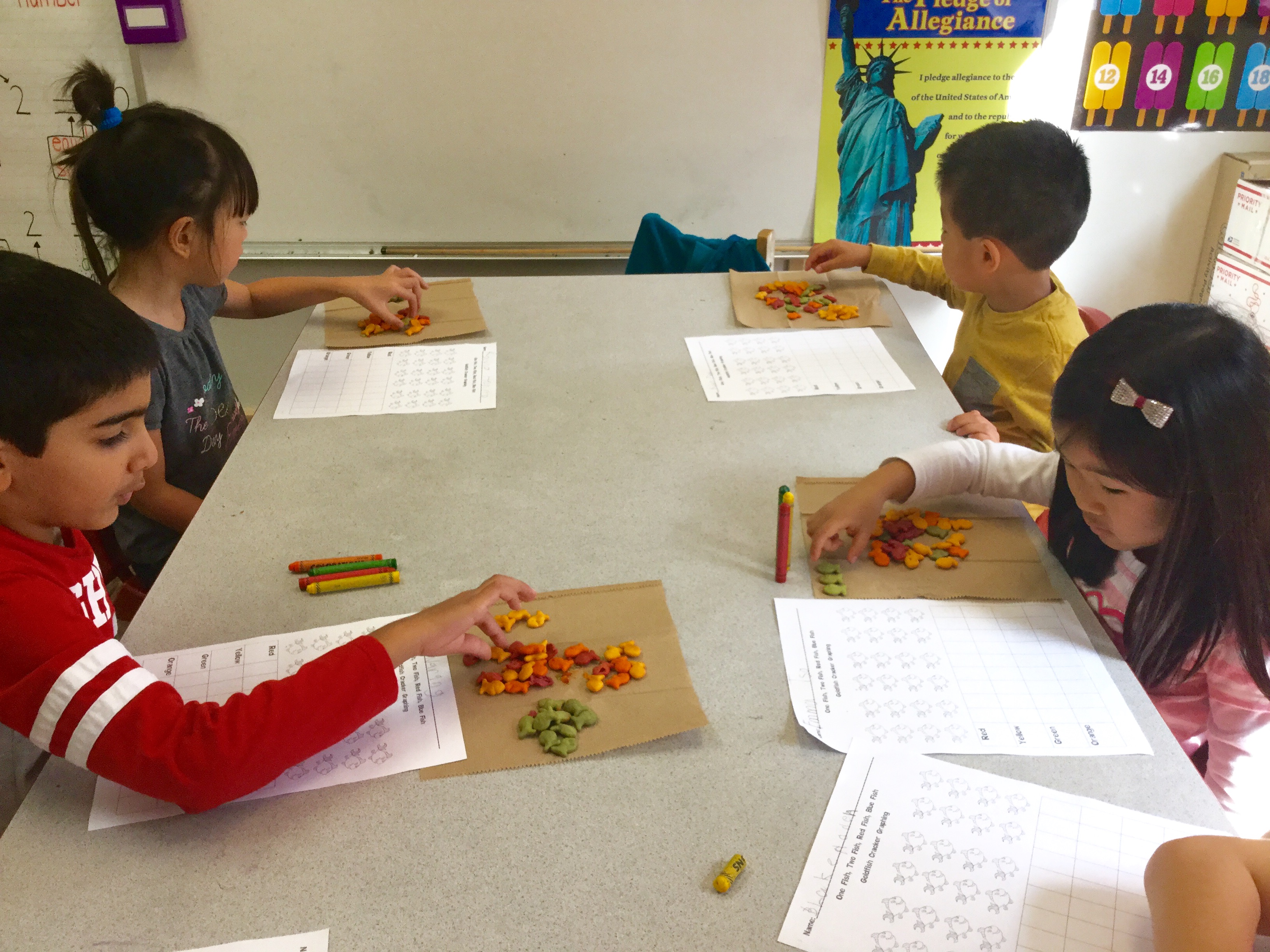 Each student received a handful of colorful fish to count and analyze. The fish came in shades of red, green, orange, and yellow! The kindergarteners organized the goldfish into piles and colored the corresponding number of fish on their worksheets. Next came the math lesson! Ms. Liliana’s students have practiced making graphs in the past, and today they got to utilize their previous knowledge by coloring the number of goldfish on a bar graph. Graphing, as the students learned, is a simple way to organize data and easily see the different amounts of goldfish. Which color has the most goldfish? How many yellow goldfish are there? The kindergarteners learned to answer questions like these by using their graph as a tool. 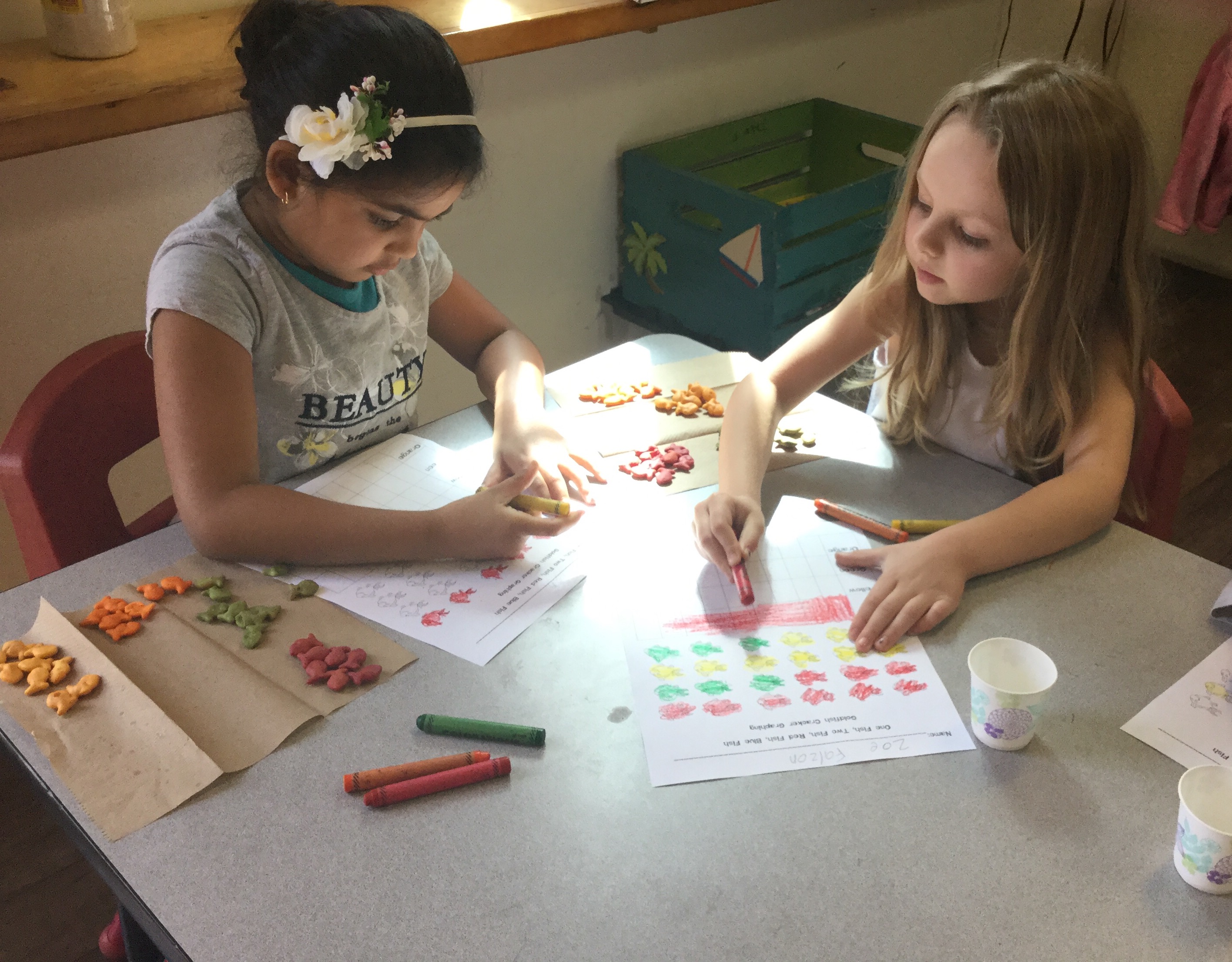 After meticulously sorting each goldfish and coloring in their findings on the corresponding graph, the kindergarteners had worked up an appetite! Ms. Liliana surprised her students with a special treat- they could eat the goldfish as a snack! The delighted kindergarteners started munching on the familiar snack. Since they had carefully calculated the amount of goldfish they started with, the students didn’t even have to worry about losing count as they ate! All of the data was safe on their graphs. Today’s math lesson was all about crunching the numbers… Or goldfish!